The 27th annual Conference of Parties (COP27) was held from November 6 to 1 in Sharm El-Sheikh, Egypt. Seven UUSC partners attended the conference to advocate durable solutions to climate change adaptation and mitigation. COP27 was watched closely by eyes around the world as representatives from government, industry, and civil society gathered to discuss the largest threat to our planet: the climate crisis. Among those in attendance were seven UUSC partners, each from small island developing states (SIDS) in the Pacific and Caribbean. It is well documented that SIDS are living with the impacts of climate destruction and thus are most immediately impacted by its effects, however they are systematically excluded from major climate policy decisions. These were some of the partner’s takeaways from the event.

On inclusion, advocacy, and the protection of human rights:

Partners expressed that the deliberations inside the closed negotiation rooms by developed countries did not match the spirit of advocacy occurring outside. The common tactic of denial, delay, and deception continues to divert real and meaningful climate justice. Maina Talia of the Kioa Island Community Organization (KICO) notes that he has “lost trust in the UN process.”

Further, partners juxtaposed UUSC’s mission to support human rights and justice with the blatant human rights violations and the suppression of civil society voices by the COP27 Presidency. COP27 was held in Egypt under the leadership of President Abdel Fattah al-Sisi, who is well known for his repressive and abusive human rights record. After all, protesting was discouraged during COP27, and the few protesters present were under heavy surveillance and control. Our partners call on the United Nations Framework Convention on Climate Change (UNFCCC) and all Parties to the Convention to consider the human rights records of governments when selecting host countries. Additionally, our partners call on the UNFCCC to reform its processes to reflect a more just, rights-centered platform for multilateral discussions.

This includes the way in which human rights language is crafted and utilized. The inclusion of “human mobility” and “displacement” language in the adopted texts to come out of the conference is good, but is also not enough. UUSC will continue to support its partners in advocating for legal protections and human rights-centered approaches to addressing climate-forced displacement through the mechanisms of the Convention and in other multilateral spaces.

Lastly, UUSC joins our partners in recognizing the critical role of the caucuses, especially the Indigenous Peoples, Women & Gender, and Youth caucus. These caucuses include grassroots leaders from around the world representing frontline communities and UUSC recognizes the time, sacrifice, and commitment that members provide outside and inside of COP spaces.

On Loss and Damage and other climate change policies:

The decision to create a loss and damage fund, which was seen as the litmus test of COP27’s success by developing countries and NGOs, was a hard-fought win reflecting the brilliant and challenging work of many of UUSC’s partners. Replenishing the fund and holding developed countries accountable to this commitment will be the next big challenge, and both UUSC and its partners are invested in the equitable development and distribution of the fund.

UUSC partner the Loss and Damage Collaboration noted the “festival of pledges’ made by a few developed countries to address Loss & Damage. Except for Wallonia and Denmark, all pledges were amendments to existing financial commitments, which diverts resources away from the necessary work required to address mitigation and adaptation.

Joseph Sikulu of Pacific Cliamte Warriors expressed that there is still much work to be done. Despite the win in creating a Loss and Damage fund, Pacific negotiators were outnumbered by fossil fuel lobbyists at COP27, which diluted their voices in the spaces in which they most needed to be heard. As a result, Joseph and his colleagues were frustrated and resolved to better strategizing themselves going forward to “be more united than ever.” One step in this direction was seen this year when Pacific Climate Warriors met with Pacific Island government leaders for the first time through the Pacific Island Forum to discuss ways to better engage youth in the COP process.

Finally, partners underscored the need for a rapid phase-out of fossil fuels to “keep 1.5 alive,” or limit global warming to 1.5 degrees celsius. Partners were disappointed at the weak language of “phase-down” included in the final text, as it fails to convey the extreme urgency of the situation, and they were also disappointed with the lack of ambition of our global leaders to take real steps towards keeping 1.5 alive.

Joseph said he wants to see the development of a treaty on the phasing out of fossil fuels included as a principal item in the COP28 agenda. “We need to accelerate the transition to renewable energy […] at a pace that meets the scale of the crisis we are in,” he said.

Overall, COP27 was a major opportunity for UUSC’s partners to engage in conversations from which they are often excluded. However, it was also a reinforcement of all the work that civil society has been doing for the past three decades to advance climate justice, and the work that remains to be done to protect the planet for our future generations.

COP27 served as a reminder of the major political apathy that continues to impede tangible solutions to the climate crisis. UUSC and its partners will continue to place pressure on policy makers and government leaders in order to secure real and sustainable change that will support and protect the planet from climate destruction.

Ultimately Joseph said, “COP27 was draining, mentally and emotionally but our leaders are brave and courageous, and our youth are determined. This [gives] me hope.”

Learn more about COP27 and our partners’ participation at the event: 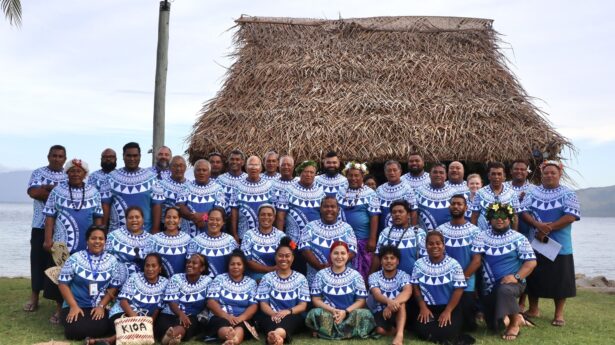